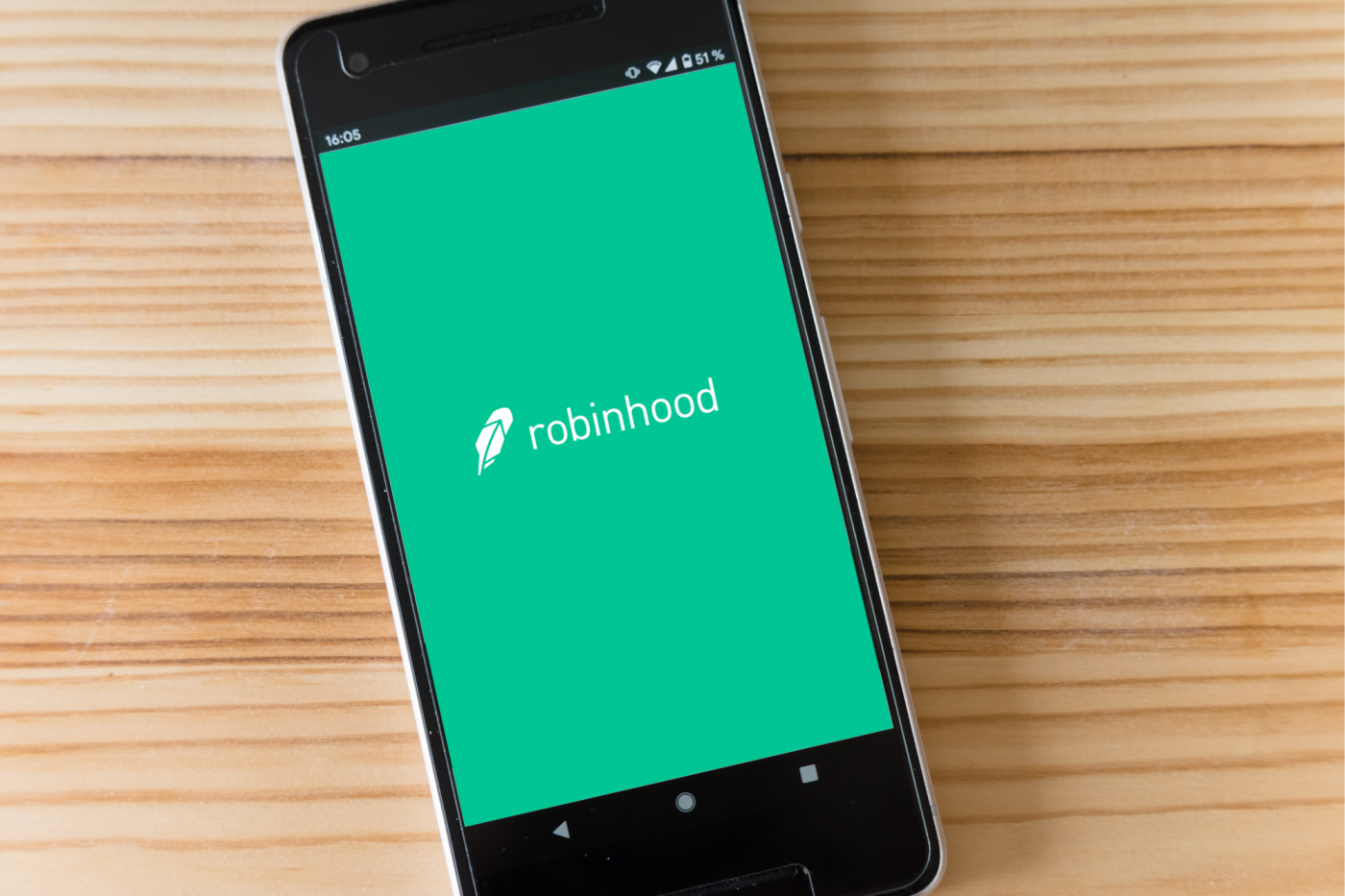 It’s hard to imagine anything topping the peculiarities of 2020, but 2021 is off to a hot start. The latest head-scratcher comes courtesy of GameStop, whose stock soared 400% during an extremely volatile week of trading.

In a stunning turn of events, the American video game, consumer electronics, and gaming merchandise retailer — whose stock had been trading at under $5.00 a share for the better part of a year — found itself with a $300 stock overnight.

So, what happened? Well, due to vigorous competition from online retailers, and the devastating effects of the coronavirus pandemic, Wall Street has been openly pessimistic about the future of brick-and-mortar retail. Indeed, over the last few months, hedge funds appear to have opened short positions on hundreds of traditional retail companies, operating under the assumption that their stock prices would continue to slide.

The only problem is, the Internet noticed. Specifically, a subreddit known as r/wallstreetbets (WSB), whose members keyed in on trading activity for GameStop, AMC Entertainment, Bed Bath & Beyond, and other so-called “meme stocks.”

Known for their aggressive trading strategies, WSB initiated an online conversation, spanning Reddit, Twitter, and Facebook, that drew attention from the likes of Elon Musk (yes, that Elon Musk) and Dave Portnoy, the CEO of Barstool Sports. This led to an astonishing surge in trading activity, initiating a short squeeze on numerous downtrodden stocks.

This is where Robinhood enters the story. Robinhood is an American financial services company that offers commission-free investing via the Robinhood app. Their mission, according to their website, is to democratize finance for all. Considering the noble rhetoric, online commentators were left scratching their heads when Robinhood halted the ability to purchase GameStop stocks on their platform. They did not, however, halt the sale of these stocks.

Yet, despite the more conspiratorial wings of the Internet clamoring for their tin foil hats, it appears securities were halted due to regulatory capital requirements, not an evil cabal of Wall Street speculators. Here’s a great twitter thread explaining the minutiae of Robinhood’s “plumbing.”

In essence, as trading on particular stocks becomes more volatile, brokers like Robinhood are required to put up more collateral to guarantee the trades are executed at the buy price. This is because there’s a two day settlement period after a sale has been made. So, it wasn’t that Robinhood was trying to drive down “meme stock” prices to protect institutional short sellers, as many commentators alleged, it was that they didn’t have enough cash on hand to protect the volume of extant trades.

In any case, as Wall Street and Reddit battle it out to see who gets left holding the bag, and as Robinhood and their competitors try to raise capital to continue facilitating commission-free trading, we at 42matters thought it might be useful to analyze how some of these businesses have been fairing on app stores over the past couple weeks. Don’t let the fact that we’re based in Zurich fool you. We are in fact an app intelligence company — global financial markets and trading are not our forte.

So, with that, let’s take a look at the impact of GameStop and Wall Street Bets on the financial app market.

While this story has been spinning up over the last few weeks, it really only came to a head in the past week or so. Here’s what the US overall top charts looked like on January 28, 2021:

And here’s what the US overall top charts look like today (February 4, 2021):

Robinhood has taken the top spot, followed by Reddit. You’ll also notice that a variety of other finance-related apps have ascended the rankings. These include: Coinbase – Buy & Sell Bitcoin. Crypto Wallet; Webull: Investing & Trading. All Commission Free; and Fidelity Investments. Not visible in the screenshot is Cash App, which is currently ranked 15th.

Now let’s take a look at two of the key players in this story — Robinhood and Reddit. Let’s begin with Robinhood: 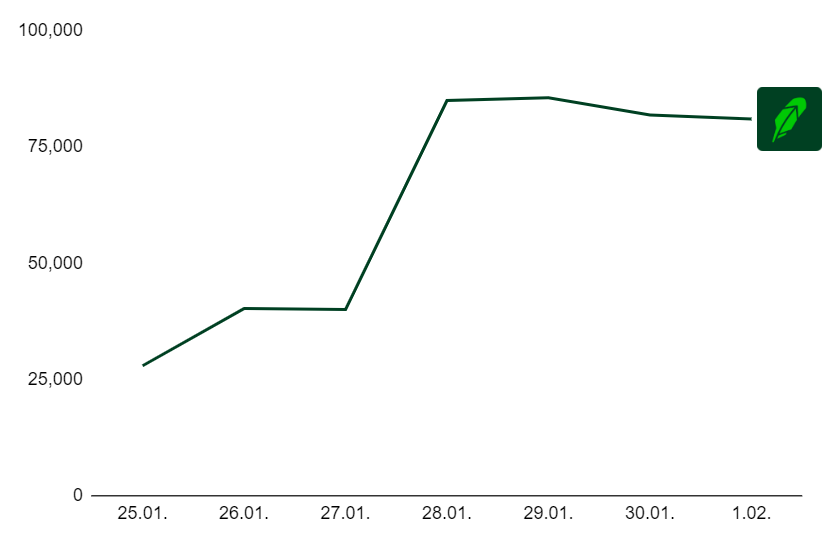 So, despite the alleged foul play, consumers appear to have “voted with their feet.” Indeed, the app whose mission is to democratize finance has come out from this brouhaha stronger than ever. 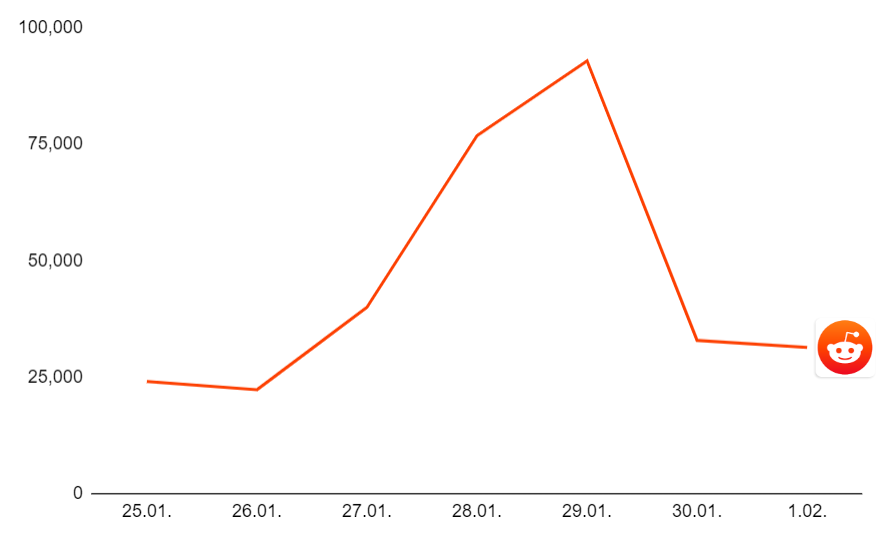 However, unlike Robinhood, they failed to maintain pace, managing just 34,399 downloads on February 3, 2021.

Of course, Reddit had a much larger existing user base, with 50 million total downloads compared to Robinhood’s 10 million.

What about Coinbase, WeBull, Fidelity Investments, and Cash App?

The Fidelity Investments app, a more well-established broker, was downloaded 8,125 times in the United States on February 1st, 2021. That was up from 3,309 downloads the day before.

These statistics seem to point to two interesting trends:

At 42matters, we provide app data, insights, and analytics via a host of useful APIs, file dumps, and the 42matters Explorer. This includes:

The 42matters Explorer is an app market research tool that offers a comprehensive look at app trends and statistics. This includes data on both iOS and Android apps. Moreover, our APIs facilitate programmatic access to app intelligence data from both Google Play and the Apple App Store, as well as the Amazon Appstore, Tencent Appstore, Apple TV App Store, Fire TV, and the Roku Channel Store.

To learn more about 42matters, schedule a meeting with one of our app market experts. We’ll walk you through everything. 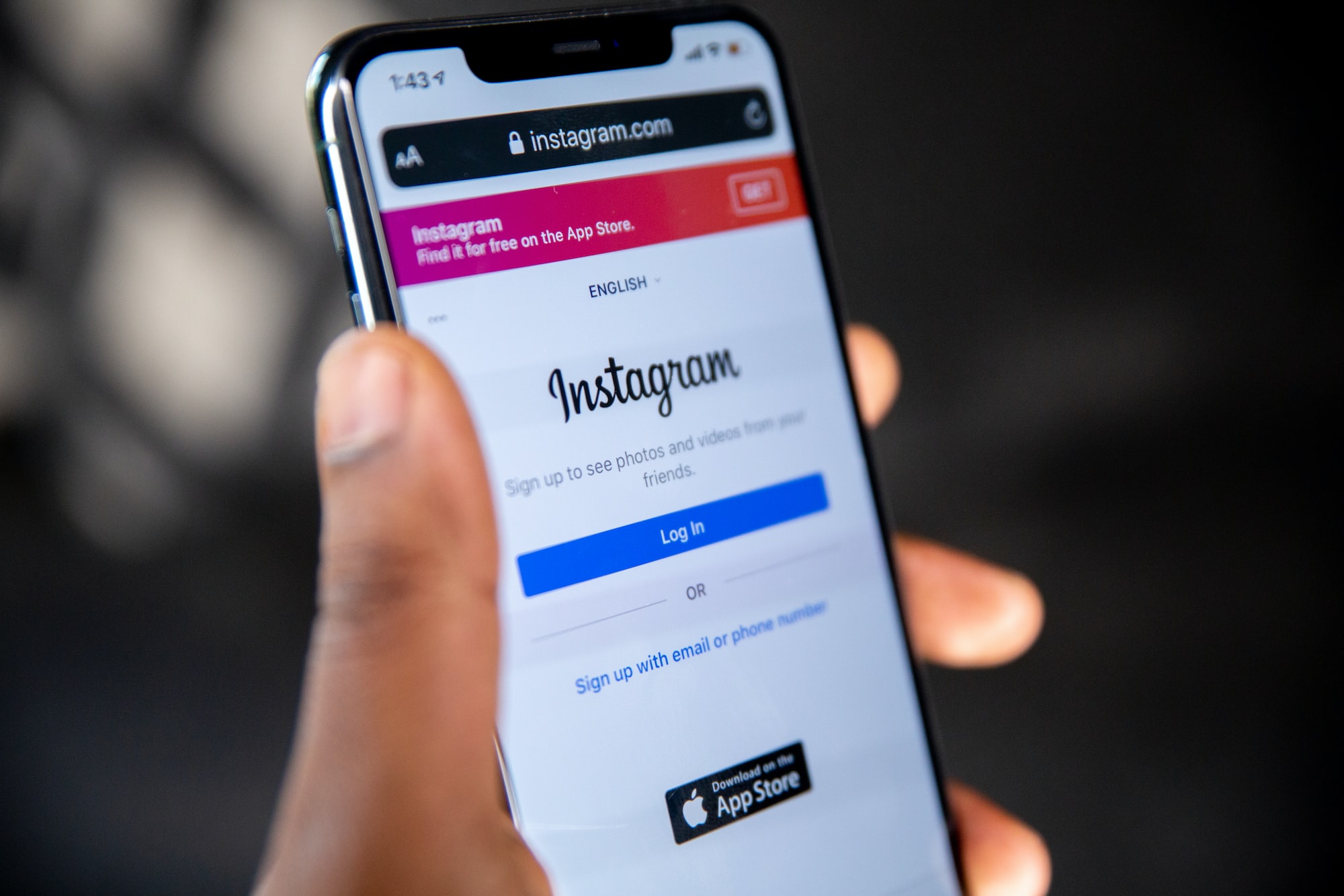 The OG App: Does Anyone Actually Miss the ‘Old Instagram’?

‘The OG App,’ an Instagram client promising an ad-free and suggestion-free feed has been removed from app stores. We dig into the numbers.

This week, an eagle-eyed member of the 42matters sales team brought it to our attention that YouTube’s iOS app development team has not only explored the edges of the known universe and repaired the space-time continuum, but has also managed to upload even moar cat videos to the platform.

The OG App: Does Anyone Actually Miss the ‘Old Instagram’?

‘The OG App,’ an Instagram client promising an ad-free and suggestion-free feed has been removed from app stores. We dig into the numbers.

This week, an eagle-eyed member of the 42matters sales team brought it to our attention that YouTube’s iOS app development team has not only explored the edges of the known universe and repaired the space-time continuum, but has also managed to upload even moar cat videos to the platform.