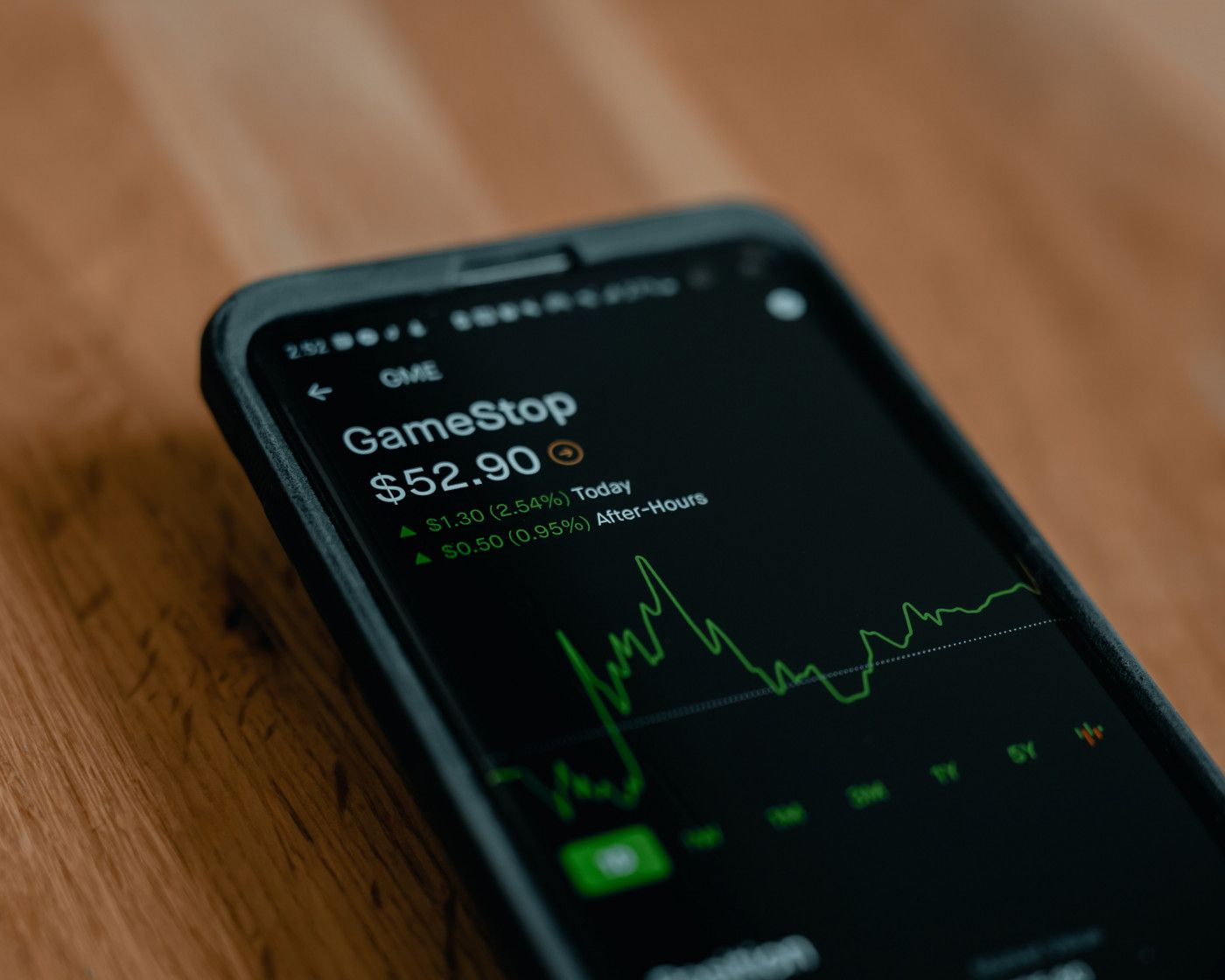 Back in January, social media was abuzz with talk of “memestocks,” Wall Street Bets, and GameStop. You couldn’t throw a stone into a socially-distanced supermarket without beaning an expert on Short Selling in the head, or knocking the tinfoil hat off a techno-populist CEO, or taking out vast swathes of fussy contrarians eager to pontificate on the regulatory capital requirements of commission-free investing apps.

That said, while we recapped the whole story back in February, we thought that we’d check in on some of the affair’s more compelling characters now that the dust has settled a bit. In this article, we’ll take a look at the following:

With that, let’s wade through the fallout.

To begin, let’s take a look at how the Android version of Robinhood was performing prior to the memestock Short Squeeze. Here’s the app’s download history from March 10th, 2020 to January 1st, 2021:

First and foremost, Robinhood boasts more than 10 million global downloads, including 5,131,842 during the period in question. That’s a decent number, especially for an app that operates almost exclusively in the United States.

However, while Robinhood’s best pre-memestock day (March 28th, 2020) saw a whopping 71,003 downloads, they tended to fluctuate between 4,500 and 30,000 downloads per day, with occasional excursions closer to 40,000. Although, it should be noted that prior to the Wall Street Bets story, they were coming off one of their poorest stretches of the year.

Nevertheless, the bonanza was short lived. Robinhood has experienced a precipitous decline in daily downloads since February 15th. Currently, the app fluctuates in the neighborhood of 10,000 and 30,000 downloads and tallied just 9,872 downloads on March 8th, 2021.

It seems like the future of Robinhood will look a lot like its past. That’s not bad, per se. But there’s a parable in there somewhere — something about short term gains and long term projections. We’ll leave that to the scribes and pundits to piece together, though. Moving on.

Let’s take a look at the other side of the coin: how the Android version of Reddit fared prior to the memestock Short Squeeze. Once again, we’ll begin with the app’s download history from March 10th, 2020 to January 1st, 2021. However, to keep things fair, we’ll be focusing on the United States only.

Suffice it to say, Reddit is a far more popular app overall, with more than 50 million global downloads and 4,753,712 downloads in the United States during the period in question. Still, even Reddit struggled to crack 30,000 daily US downloads. Indeed, they reached the 40,000 mark just two times prior to the memestock incident.

Between March and July of 2020, Reddit's downloads bounced around in the 6,000 to 15,000 range. Between July and October they were receiving somewhere between 20,000 and 32,000 daily downloads. Not bad, but nothing to write home about. Especially when taking Reddit’s prestige into consideration.

But once again, the Wall Street Bets subreddit made its presence felt. Check it out:

However, similar to Robinhood, Reddit also saw a steep drop-off following February 15th. Aside from a lone uptick of 70,533 downloads on February 28th, the app fell to an average of roughly 30,000 daily downloads in the US between February 15th and March 10th.

It’s hard to say whether they’ll be able to keep this up, but as it stands — and despite the post memestock wane — they’re actually in a much better position than they were this time last year, when they were receiving under 10,000 downloads per day.

Look, we’re not economists — we’re in the app business. But there’s a gigantic elephant in the room here that goes by the name of Covid. Indeed, with the United States set to pass a staggering $1.9 trillion of Covid relief, many are warning of 1970s-style inflation. Moreover, Michael Burry, the American investor who famously foresaw the subprime mortgage crisis that kicked off the Great Recession, has begun tweeting under the name Cassandra in an effort to call attention to rising margin debt.

Again, we have little to contribute here other than to point out that waxing interest in crypto currencies and democratized investing tools is no mystery. There’s legitimate economic anxiety underlying the memestock story. Check it out, we used Google Trends to compare interest in Cryptocurrencies, Bitcoin, dogecoin, Robinhood, and GameStop: 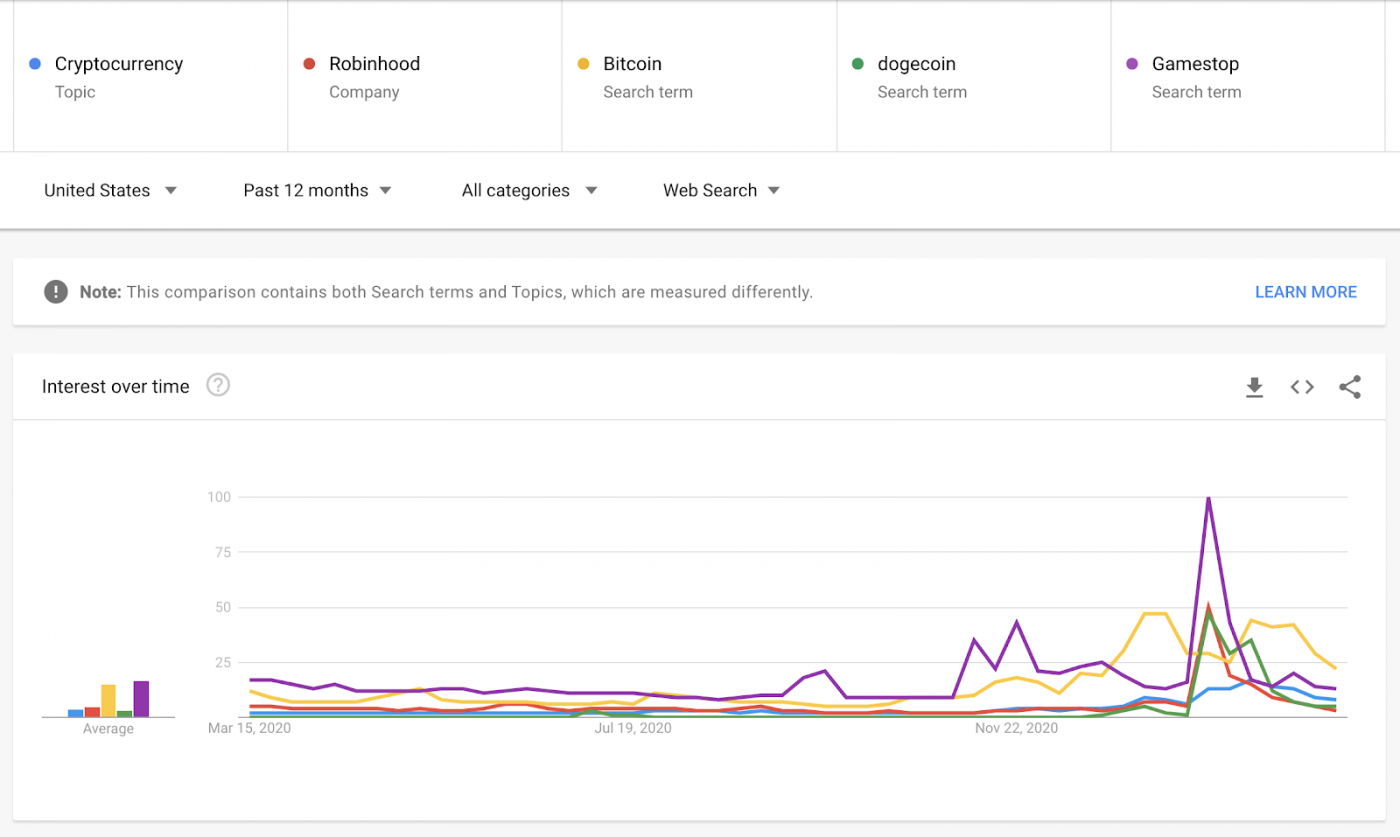 It’s a pretty tight correlation. And indeed, it doesn’t take an economist to see that there’s something worth keeping an eye on here. Even a humble app intelligence company could tell you that much.

At 42matters, we provide app data, insights, and analytics via a host of useful APIs, file dumps, the 42matters SDK Explorer, and the 42matters Explorer. This includes:

The 42matters Explorer is an app market research tool that offers a comprehensive look at app trends and statistics. This includes data on both iOS and Android apps. Moreover, our APIs facilitate programmatic access to app intelligence data from both Google Play and the Apple App Store, as well as the Amazon Appstore, Tencent MyApp, Apple TV App Store, Fire TV, and the Roku Channel Store.

To learn more about 42matters, schedule a meeting with one of our app market experts. We’ll walk you through everything. 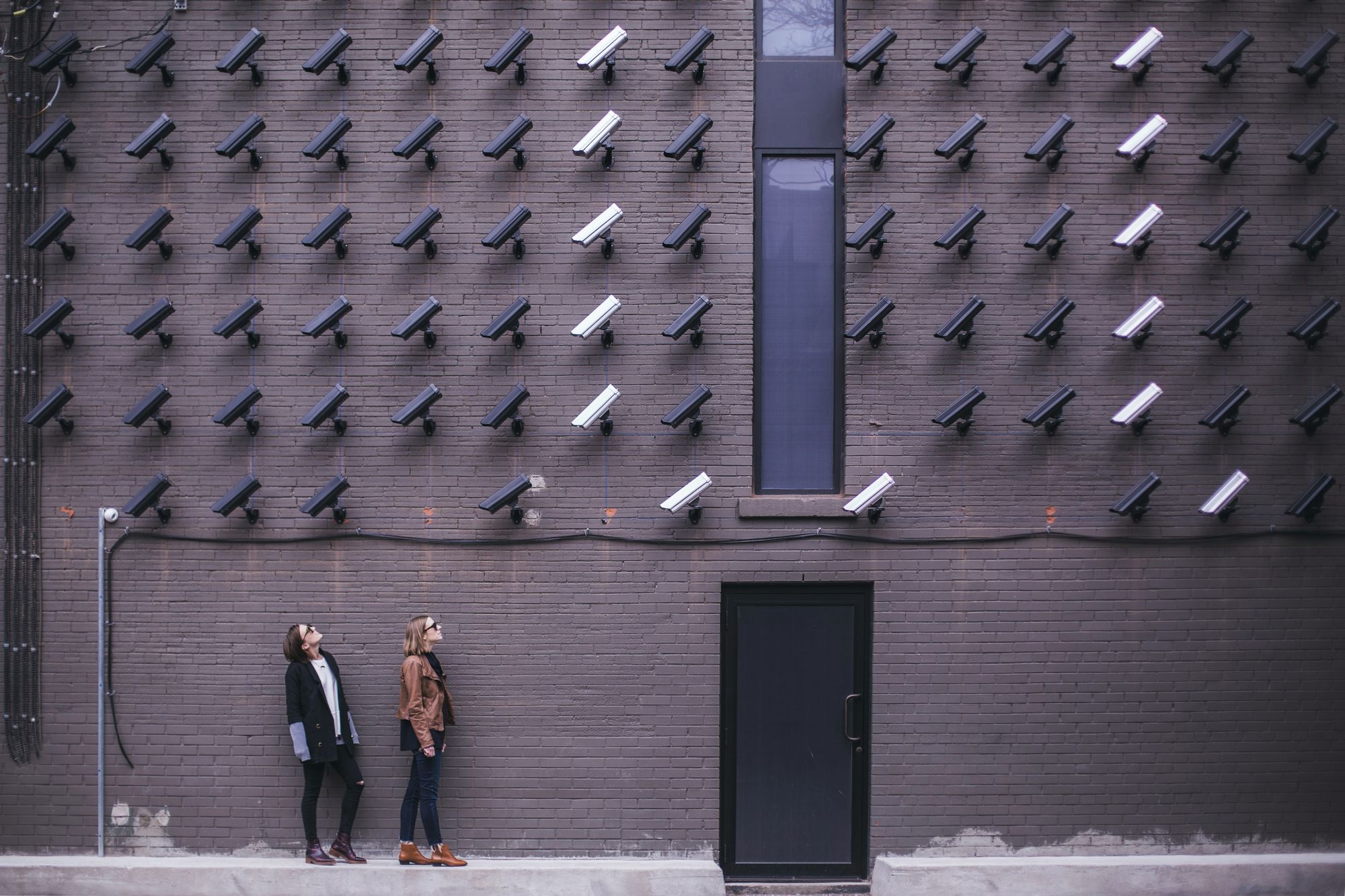 Use the 42matters Explorer to check whether apps signal adherence to data protection regulations like COPPA, GDPR-K, and the UK’s Children’s Code.

We’ve improved the Explorer’s monthly downloads filter! Now, you can use it to view app downloads over the last three, six, or twelve months.

Use the 42matters Explorer to check whether apps signal adherence to data protection regulations like COPPA, GDPR-K, and the UK’s Children’s Code.

We’ve improved the Explorer’s monthly downloads filter! Now, you can use it to view app downloads over the last three, six, or twelve months.